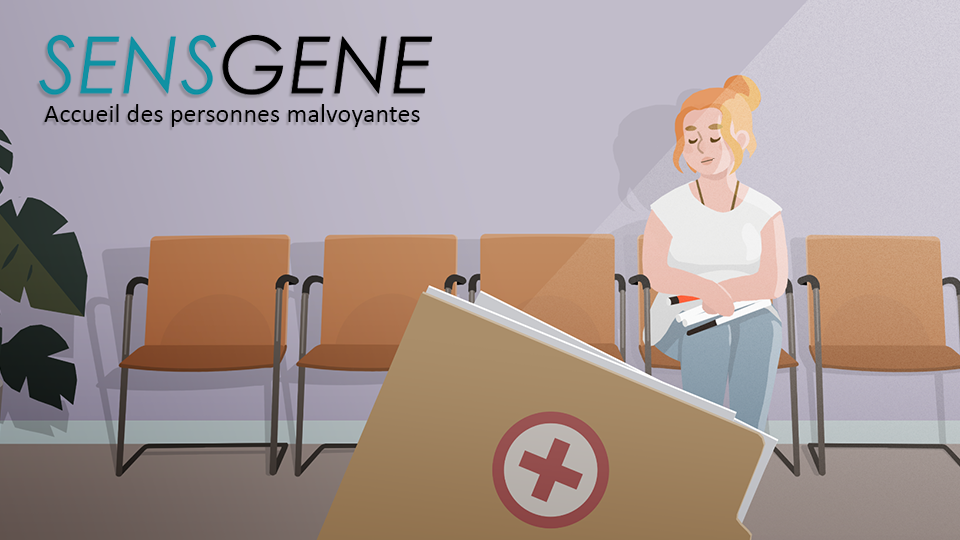 A didactic film that presents in a tangible way the various visual disorders some patients have. Special attention was given to the character animation and the fluency of the transitions, and the film also dispenses easy-to-implement best practices. This instructive video's content was devised using feedback from visually impaired people gathered by the Sensgene network, in partnership with the French federation of blind people and amblyopes and the Alsace Lorraine Grand Est regional federation of blind people.